An important area of French Law, which is likely to be encountered by non-French practitioners, is Insolvency Law.

Whilst this list may not be held to exhaustive, the following points might be of comparative interest to practitioners used to the quite different provisions of many Common Law systems.

The definition of insolvency at French Law is that a corporation is unable to meet its currently due debts with its immediately available assets.

The insolvency procedure is essentially judicial, with the systematic intervention of the French Commercial Courts.

There are two basic decisions which may be handed down by the Court seized by an insolvency petition either :

–          to place the company in ” Redressement Judiciaire ” with a view to bringing it back into a solvent position(the company is then administered either directly, or alongside the existing management, by a third party insolvency practitioner appointed by the Courts), or

–          to place the insolvent company in ” Liquidation Judiciaire “, the assets of the company are then immediately realised by a Court appointed Liquidator.

The creditors are ranked, e.g. whether secured or otherwise, whether claiming title to goods delivered, etc

The creditors must make a formal declaration to the insolvency practitioner of the amount due to them within a two month period.

The interests of the employees would generally tend to prevail over those of the creditors.

The question of the possible liabilities of Directors and Shareholders should not be underestimated e.g. in the event of knowingly trading whilst insolvent. 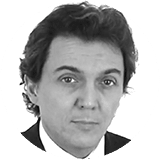